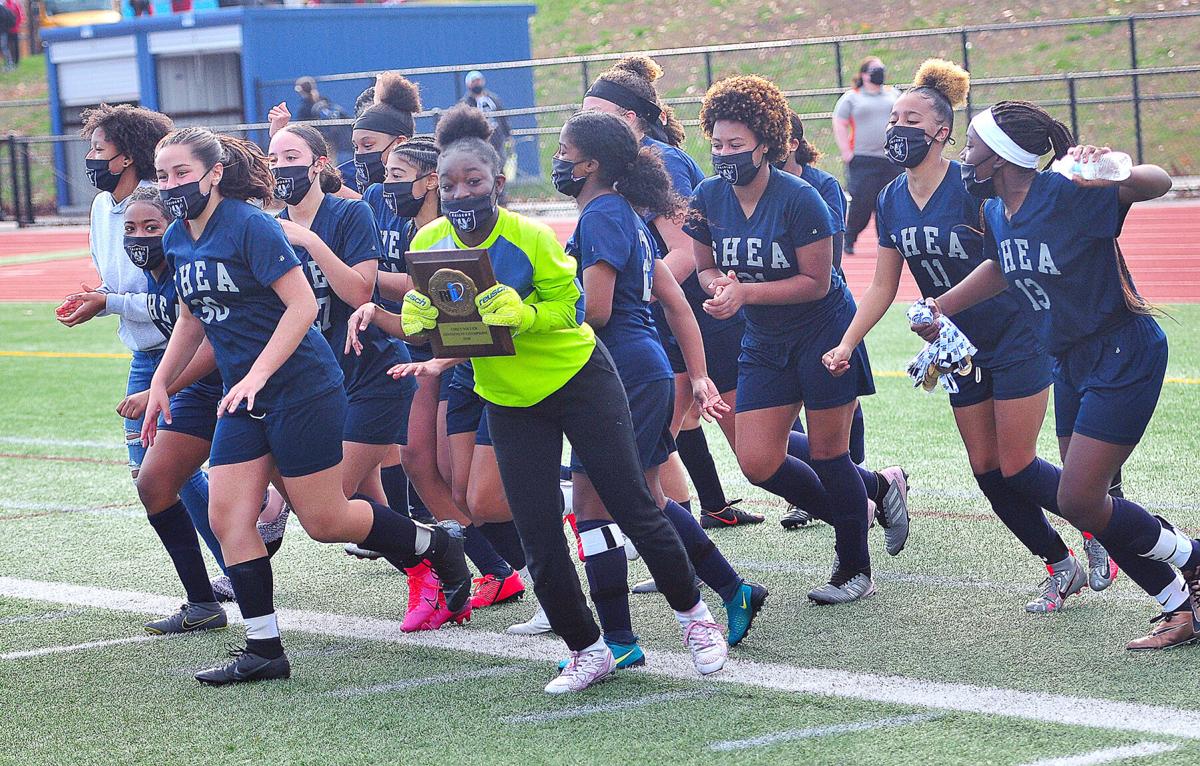 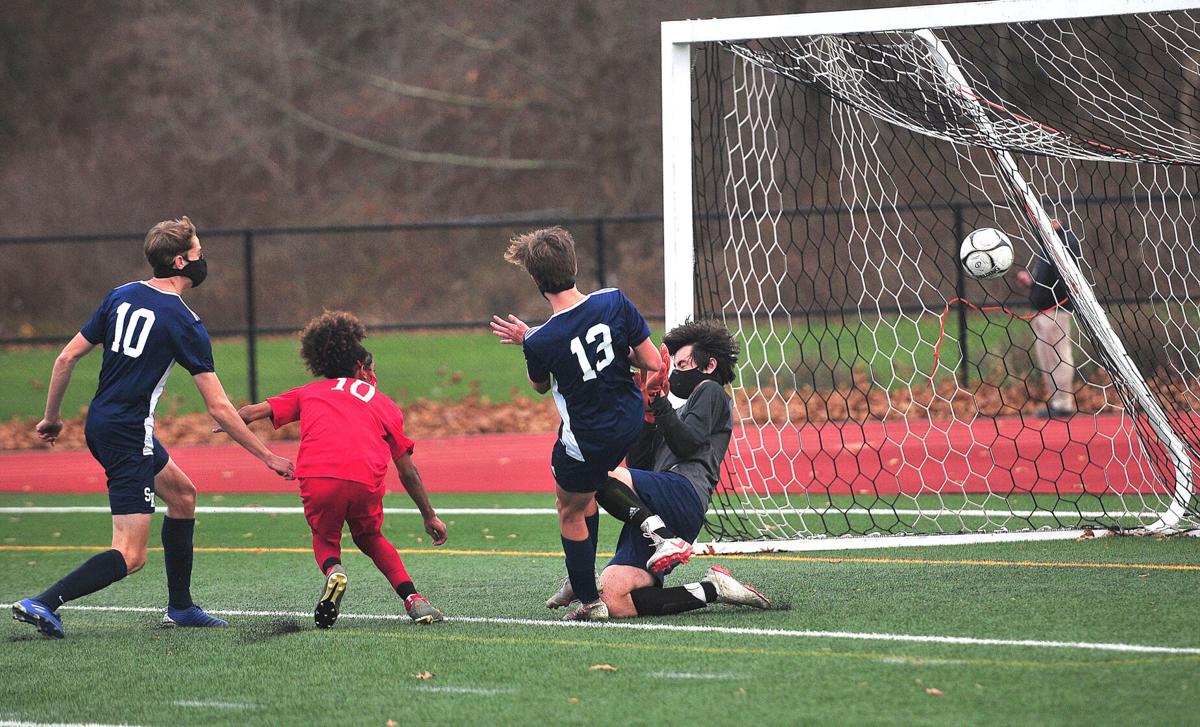 Tolman freshman Anderson Cardoso finishes for his team's lone goal in a 3-1 loss to South Kingstown in the Division I boys soccer title game.

JOHNSTON – For two Pawtucket-based public high school soccer teams, it was a case of “thumbs up, thumbs down” at Johnston High on Saturday.

The good news is that the Shea High girls soccer team succeeded in completing the mission of capturing the program’s first championship with a 5-0 win over Hope in the Division IV title game. The tough part came in the Division I boys soccer contest where Tolman High fell to South Kingstown, 3-1.

The Raiders received two goals apiece from senior Bitenga Namusse and sophomore Jaylin Fernandes with junior Jezabel Gauthier also finding the back of the net. Senior Mariama Jaiteh was in net for the shutout.

Playing their fifth game in an eight-day span, the Tigers found themselves trailing by three goals by the midway point of the first half. Two of the Rebels’ goals came off set pieces.

Tolman finally got on the scoreboard with 20:46 remaining as freshman Anderson Cardoso carved out some space in front of South Kingstown’s net and finished. The Tigers continued to apply pressure, but Rebels goalie Colin O’Grady and his teammates stood tall.