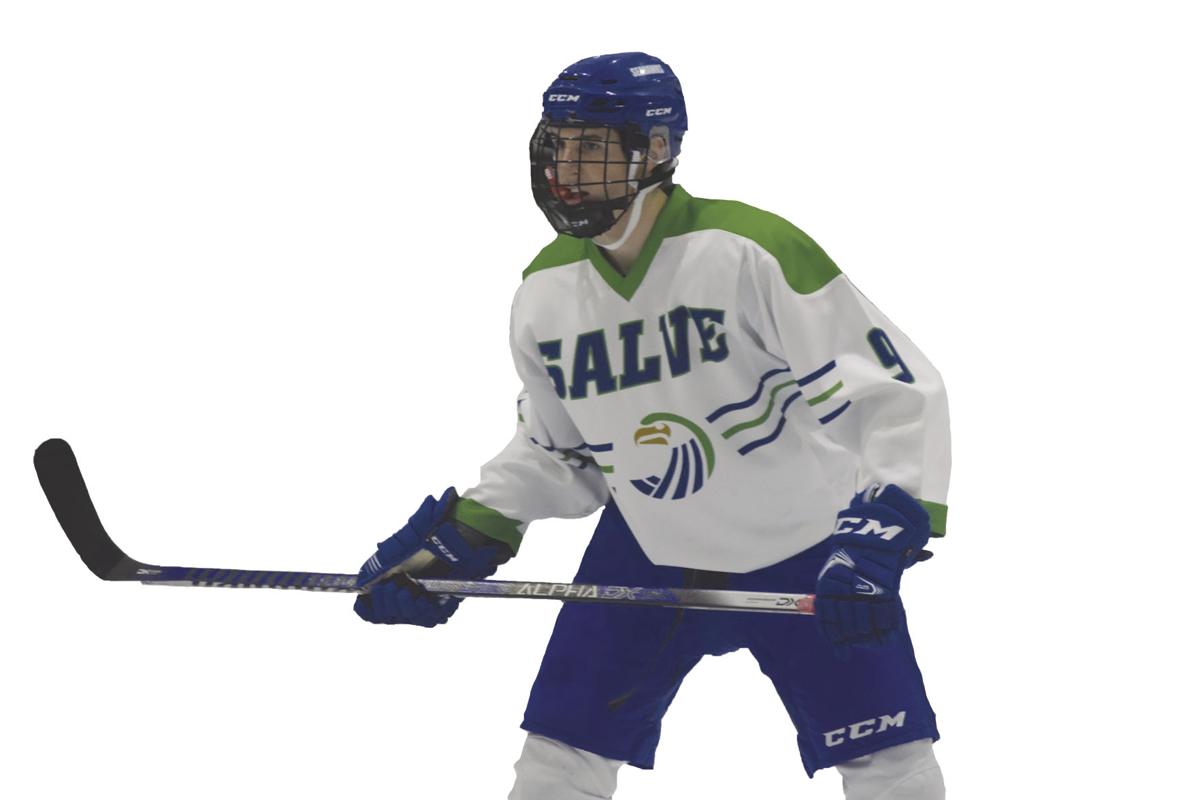 Mitchell Walinski transferred to Salve Regina University after opening the 2019-20 season as a freshman hockey player on the Air Force University team. 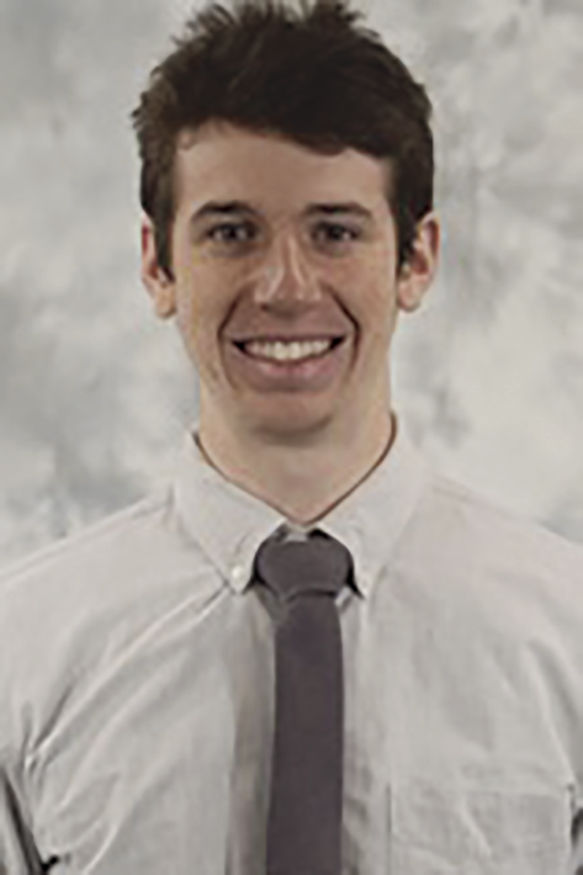 Mitchell Walinski left the Air Force Academy after not logging a single shift for the Division I Falcons. Usually when developments like that occur, the consensus would be that a lack of ice time was the impetus behind the Lincoln native seeking a fresh start to his college hockey career.

You would be wrong.

“It wasn’t any hockey aspect or physical aspect,” said Walinski. “Ultimately what made my decision was the schooling.”

Before Walinski could entertain serious thoughts pertaining to his next destination, he needed to buckle down and hit the books in order to leave Air Force in good academic standing. If he didn’t get his grades up, the 2019-20 hockey season would become buried beneath a shower of ice chips.

Ultimately, Walinski succeeded in maintaining his eligibility. He was able to suit up right away for nearby Salve Regina University – the latest stop on a long, twisted journey that would have knocked out most who attempted it.

Walinski certainly has a story to tell, which proved to be the case when reached on a recent afternoon. Finally, all the pieces have fallen into place. His path to this point, however, has been anything but ordinary.

A gifted playmaking forward with a piercing shot, Walinski attended Lincoln Middle School before heading to La Salle Academy in 2012. After spending his freshman and sophomore years on the LSA boys hockey team, Walinski embarked upon a journey that would take him far away from his childhood home.

Following a six-game stint in 2015-16 with the South Shore Kings, a junior hockey league with roots in Foxboro, Walinski traveled out to Minnesota. Awaiting him was a significant upgrade in competition. Minnesota was affiliated with the North American Hockey League (NAHL), hailed as one of the top junior hockey leagues in the United States.

In Minnesota, Walinski lived with a host family. He didn’t finish his first season with the club known as the Wilderness. Midway through the 2016-17 season, Walinski’s rights were traded to the NAHL affiliate in Bismark, North Dakota.

Imagine being told less than a year from graduating from high school – Walinski received his diploma from La Salle in 2016 – that you had to pack up your hockey gear and personal belongings and head to another strange city.

“Looking back, that was definitely a lifechanging experience for me,” said Walinski about moving once, then having to relocate again in short order.

Fortunately, the transition to Bismark proved seamless. On the ice, Walinski excelled during the balance of the 2016-17 season with 12 goals in 25 games. He remained property the Bismark club for the 2017-18 season and for a portion of the 2018-19 season before the trade winds once again blew and sent him to the NAHL branch in Corpus Christi, Texas.

With great reverence, Walinski cited his time in Bismark as profound on levels that had nothing to do with how many goals he scored.

“I never had as much fun as I did when I played before those fans in that city. It was a really cool atmosphere … probably 1,500 people at all our games,” he said. “You felt like a pro when people asked for your autograph. Playing junior hockey also helped me get out into the community. We would go to a lot of schools, talk to little kids, and go to their gym classes.

“It was something that definitely made me a better person and helped me mature,” Walinski added.

Initially, Walinski committed to Division I Niagara University during his senior year at La Salle. Even though a free ride scholarship-wise awaited, the whispers that he settled too quickly proved tough to ignore. By 2018, Walinski was in Bismark when his decommitment to Niagara yielded a pledge to play NCAA Division I hockey at the United States Air Force Academy starting in the fall of 2019.

“At the time, I felt Air Force was the best option,” said Walinski, who admits now that he wasn’t all-in as he probably should have been given that he was heading to a military academy .

“My goal is to play pro hockey, not be in the Air Force,” he said.

It wasn’t basic training that was the issue – Walinski described it as one of the best experiences of his life. The academic load proved strenuous for a player who likes to devote extra time after practice to improving his craft. There would be no bonus time on the ice, not when your day begins with class at 7 a.m. and continues for the next five hours.

“It was very regimented,” said Walinski.

Hockey was important, yet trying to manage a full class load proved to be a tall order. Before Walinski knew it, his status with the Falcons was in jeopardy. Everything came to a head when Air Force was getting set to open the 2019-20 regular season the second weekend in October with a two-game series at Notre Dame.

“I had been struggling in school and been in contact with the coaches, telling them I may have to skip a lift or be late to practice to catch up,” said Walinski, who turned 21 last Oct. 7.

“I was told to stay back and not go on the trip. That was probably one of the most heartbreaking things that’s ever happened to me. I went there to play hockey.”

From that tough hand, Walinski picked up his grades and resumed practicing. All the while, the wheels continued to turn. He felt a change in scenery was imperative.

“I didn’t want to spend my college years being miserable and not like going to school,” he said.

The transfer process was launched in mid-November while Walinski continued to attend classes at Air Force. He could no longer practice but was permitted to skate one day a week, usually late on Friday nights.

Eligibility was a major issue. If Walinski transferred to a Division I school, he would have to sit out until January 2021. Should he elect the Division III route, he could play right away.

The only problem was that he was struggling in a few classes, thus creating a potential holdup to those best-laid plans.

On his final exam in chemistry, Walinski needed to get a certain grade or he could kiss goodbye any notion of salvaging the balance of the 2019-20 season at his next stop.

“The professor told me, ‘Do the best you can,’” said Walinski.

The chemistry exam was scheduled for a Monday. Over Saturday and Sunday, Walinski logged 15 hours of serious study time. He passed and was able to leave Air Force on solid academic footing.

Returning to Lincoln for Christmas allowed Walinski to plot the next course of action in his hockey sojourn while being surrounded by loved ones. Unlike many of his previous stints, he would not have to cover many miles as a new day in Newport was set to dawn.

Zech Klann, men’s hockey head coach at Salve Regina, was familiar with the local product who sought to re-launch his college career. It helped that Walinski knew several guys on the Salve roster, hence a smooth landing appeared to be in the offing after a late December in-person meeting with Klann.

“It about coming home, but he’s a kid who was looking forward to getting back to what he does best,” said Klann. “He’s a guy who can be leaned on to play every night and showcase the talent he has.”

By early January, Walinski was wearing a Salve jersey. All he wanted was to fit into his current surroundings. He didn’t want any extra attention paid to him because of the specifics surrounding his prior stop.

“Honestly, I was really nervous. I didn’t want everyone to dislike me because of the notion that I’m a D-I transfer who thinks he’s the best player,” said Walinski “I went in there with an open mind … stayed quiet for a while. Before long, I was making close friends.”

In the eyes of Klann, Walinski’s talent was indisputable. Whether it was full strength or special teams, he was going to be a boon to the Seahawks’ cause.

It ended up mattering very little that Walinski’s last competitive game came the spring of 2019 while stationed in Corpus Christi. He was primed and ready to go

“He’s got as much offensive talent and ability as the next guy. He is a tremendously elite skater and shoots the puck like a pro,” said Klann. “Every time he shot the puck, everyone on the bench stood up. He’s got an opportunity to score from anywhere.”

A shoulder injury suffered in practice nearly KO’d Walinski on the eve of Salve Regina heading to Norwich, Conn. for an early January tournament. For someone who had come so far, he wasn’t going to let a minor setback delay his Seahawk debut.

“I had paved a path to the point where I was comfortable,” said Walinski,

In his second game with the Seahawks on Jan. 4, Walinski scored on the powerplay and attempted a team-best seven shots in a 4-1 win over Assumption. The fit continued to be there as he earned Commonwealth Coast Conference Rookie of the Week honors after a four-point explosion (two points, two goals) against Becker College on Jan. 31. By season’s end, he had contributed six goals and three assists in 13 games.

“We knew Mitch was going to be an offensive threat every time he was on the ice. For him, it was about getting that confidence back,” said Klann. “Every time you saw him on campus, he had a big smile on his face.”

School-wise, Walinski is doing just fine; he plans to major in psychology. Listed at 6-foot-1 and 165 pounds, he also shot down the notion that even though he’s a D-III skater, he will become a forgotten entity as attention is paid to players who compete at higher levels.

“I know if I put my mind to anything and become a true leader by giving everything that I have … playing pro hockey is 100 percent something I want to do. I’ll do anything to make that a reality,” said Walinski, his bold words suggesting that he wants to remain at Salve for the long haul.

Forecasting Walinski’s sophomore season, Klann envisions someone who has the potential to become seriously viewed a two-way threat.

“He showed promise as far as defensive accountability late in the season,” said the coach.

“He’s a kid who can pick up a puck in the defensive zone and take it end to end. The sky’s the limit.”

With laser focus serving as his guide, Walinski has managed to stay very busy during this quarantine period. From getting an estimated 500-600 pucks on net per day, to daily workouts, to rollerblading, Walinski understands that the more he stays on task, the better the odds are that his ultimate goal will come to fruition.

The long, less traveled road to Salve Regina might not have always been ideal. As Walinski will attest, you just never know.

“I’m happy with the decision I made,” he said. “I wouldn’t change anything.”