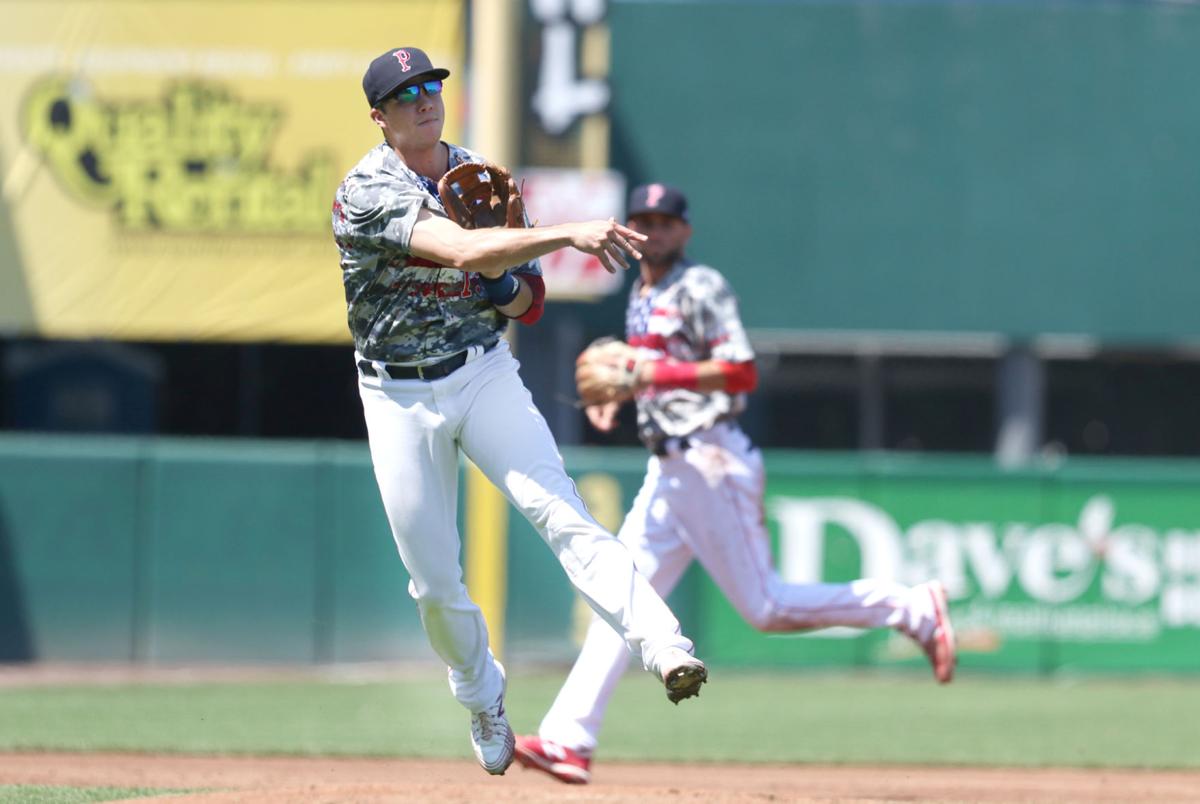 Infielder Bobby Dalbec, above, is one of the rare Red Sox prospects who appeared at McCoy Stadium under recently fired President of Baseball Dave Dombrowski. The PawSox, with a dearth of top-end talent, finished last this season. 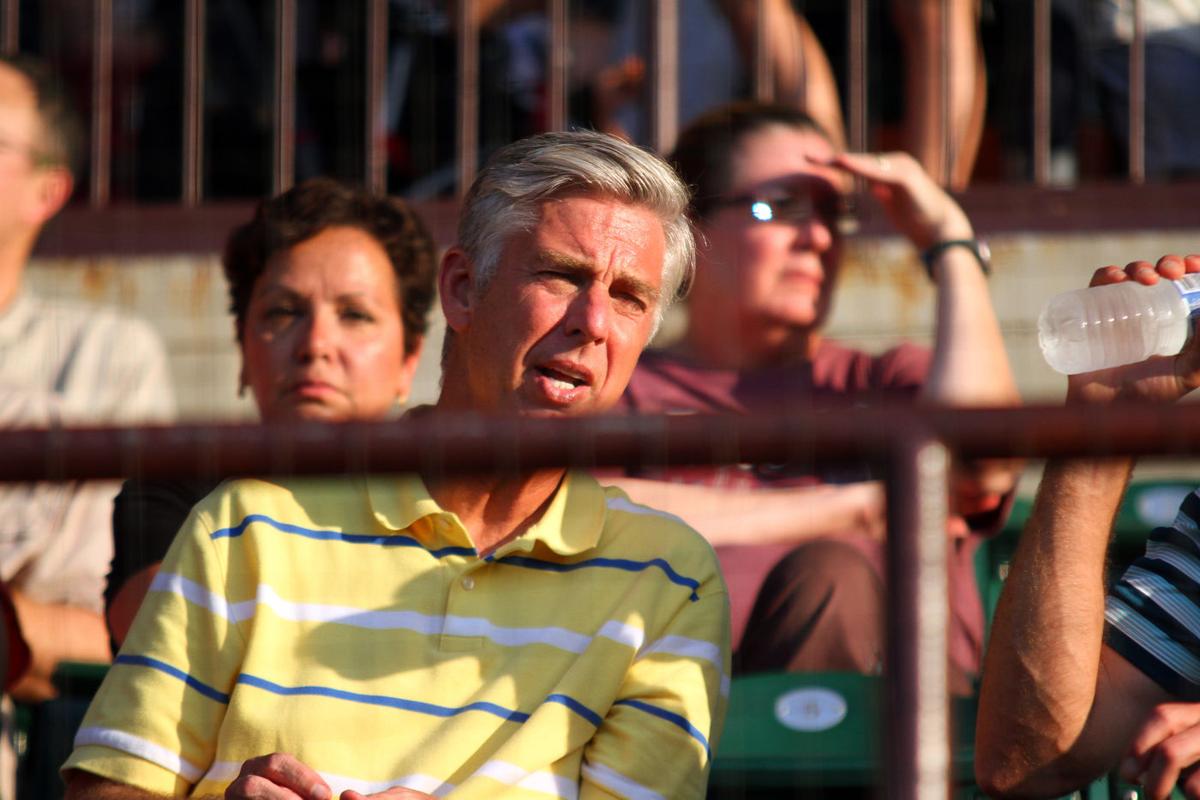 Dave Dombrowski, pictured in a July 2016 photo at McCoy Stadium, was relieved of his duties of President of Baseball Operations for the Boston Red Sox after the team's loss to the New York Yankees on Sunday night.

Dave Dombrowski was no fan of providing the PawSox with a competitive product.

Granted, that’s not one of the prime reasons why the Red Sox decided to sever ties with their President of Baseball Operations, someone who’s not even a full calendar year removed from presiding over a World Series winner. Since finger pointing is par for the course whenever a press release announces the dismissal of a high-ranking official, now seems as good a time as any to drive home the obvious talent drain that’s unfolded inside the walls of McCoy Stadium during Dombrowski’s time in Boston.

For the most part, the PawSox in the Dombrowski era were noticeably short on bumper harvests and abundant when it came to bad crops. From the first day Dombrowski started in Boston on August 18, 2015 and concluding with the final out of the recently-completed 2019 season, Pawtucket has featured teams that won a combined 277 games but lost 306 times. Things have only gone backwards, from 74 wins in 2016, 67 wins in 2017, 66 wins in 2018 and this past season’s woeful 59-win effort that equaled Louisville for the fewest wins in the 14-team International League.

Now and forever, the goal of winning at the Triple-A level will always take a backseat in favor of developing players and sending them to the major leagues. Under Dombrowski, it’s not like the sting that Pawtucket was forced to absorb as losing seasons were strung together like pearls on a necklace was somewhat mitigated due to the steady presence of blue-chip prospects, the kind that Baseball America likes to swoon and fawn all over.

If the unofficial Bible of minor-league baseball is to be believed, the PawSox between the tail end of the 2015 season through 2019 hosted less than a handful of players deemed prospect worthy. There was Rafael Devers and his nine-game cameo in 2017, followed by Michael Chavis and his 20-game stint that was spread over parts of two seasons with Pawtucket before getting the call to the majors. Darwinzon Hernandez pitched in seven Triple-A games this summer before Boston’s bullpen came calling.

Bobby Dalbec, Boston’s top 2019 prospect per Baseball America, takes the cake when it comes to sticking around Pawtucket the longest. The power-hitting corner infielder has 30 games of Triple-A experience under his belt. Other than the aforementioned names, Pawtucket’s identity as a player development machine, a belief that fueled the respective tenures of former BoSox general managers Theo Epstein and Ben Cherington, became an endangered species with Dombrowski calling the shots.

Even when the Red Sox farm system was stocked with prospects, Dombrowski, based on his actions, did not prioritize the need for a Triple-A education. Back in 2016, Yoan Moncada and Andrew Benintendi within weeks of each other took a ride on the Portland-to-Boston shuttle. We couldn’t even say, “We hardly knew you” when we didn’t even get to meet them in the first place.

With those two moves, Dombrowski sent shivers down the collective spines of everyone whose livelihood depends on promoting the PawSox brand. Instead of counting down the days when a big-time prospect washes ashore, the new reality featured bracing for the distinct possibility that talents such as Moncada and Benintendi might never grace the all-time player register section of the PawSox media guide. The jump from Double-A to Triple-A was no longer a surefire bet to happen.

Then again, if your name appeared in the top tier of the Red Sox prospect food chain when Cherington handed off the baton to Dombrowski, the odds of you taking the field with a “P” on your hat were greatly diminished. Anderson Espinoza, Michael Kopech, Mauricio Dubon, and Manuel Margot never came close to reaching McCoy Stadium. Each of them met the same exact fate – from household name to Dombrowski trade bait, sent away in an effort to enhance a core of young Red Sox players that were drafted and developed under previous Red Sox GM regimes.

With upper echelon prospects in the system’s upper levels in short supply, the Red Sox filled out Pawtucket’s roster with fringe/borderline prospects and minor-league free agents that didn’t exactly move the needle in terms of overall excitement. Granted, there have been plenty of feel-good PawSox stories that have unfolded over the past few seasons – Robby Scott, Ryan Brasier, and Brandon Phillips spring to mind – yet nothing brings out the baseball romantic more than catching a rising star at McCoy. It’s a time-tested adage that Dombrowski tossed on the backburner, as Pawtucket’s roster became filled with far too many journeyman who didn’t exactly pass the eye test when it comes to major league contributors.

With fingers crossed, here’s hoping that whoever takes over as the top voice of Boston’s baseball operations looks more favorably upon the franchise’s Triple-A on-field product. The last thing PawSox principal owner/chairman Larry Lucchino or anyone in the PawSox front office wants to see is the final season at McCoy Stadium or the first season in Worcester end up featuring clubs that run the risk of yielding a collective yawn.

With Dombrowski now out of the picture, the idea of welcoming Red Sox prospects to Triple-A holds the potential of becoming the rule rather than the exception.