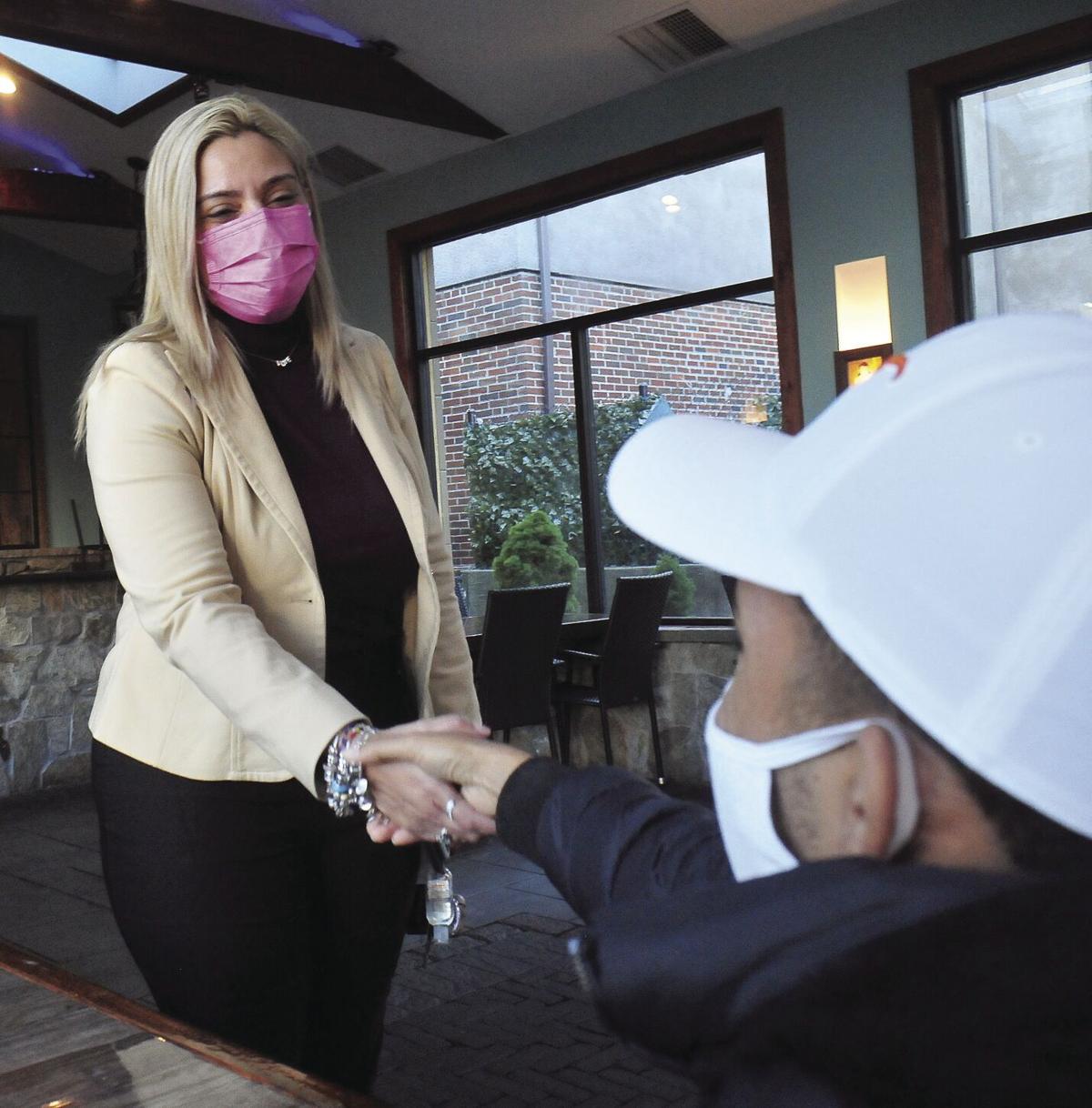 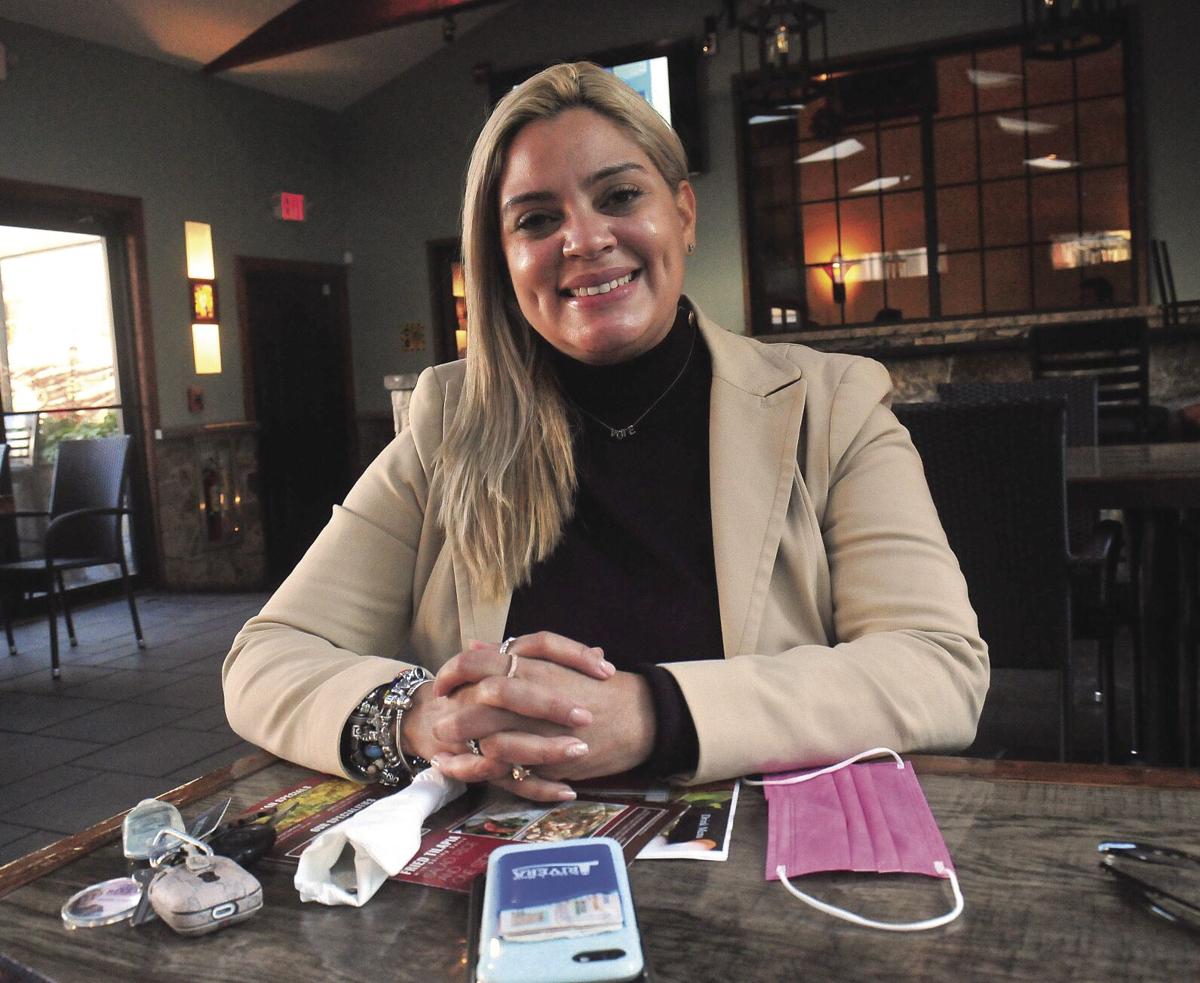 CENTRAL FALLS – Maria Rivera may be the city’s new mayor, that after a resounding victory over Joseph Moran on Tuesday night, but it’s obvious the title has yet to sink in.

It surely has, however, in the Central Falls community, where folks who over the years have begged the hesitant, 43-year-old mom of two to run for office, then finally got their wish a few years back.

When she strolled into the La Casona restaurant early Wednesday afternoon for yet another interview with a media outlet, a young male waiter approached and stated, “I want to hug you so bad! I know you’ll do great things for our city.

“He couldn’t hug me because of COVID-19, but it was so nice, and quite humbling,” said Rivera, who will remain the City Council President until Dec. 31, just before her January swearing-in date. “You know, it wasn’t until this week that I realized the enormity of it, the reality. Somebody said to me, ‘Your story is so powerful. You’re one of us. You’re making history. It wasn’t until then that it started to become real, though I was still just a candidate.

Rivera’s candidacy, which she declared more than a year ago, was endorsed by popular outgoing Mayor James Diossa, who is term-limited. She was widely favored to win her contest with challenger Joseph Moran, the city’s former police chief. But she said she took nothing for granted during the campaign.

“No one can say that during my campaign, I was saying, ‘I’m going to the first woman mayor in history, the first Latina in history.’ I just continued to stay focused on the work we were doing,” she said.

Rivera said the focus of her campaign was on listening to what voters were saying about the city – whether good or bad.

“I wanted to ask questions and see what people considered the greatest issues. I think it’s extremely important for us to listen to the community and to work on the issues, the real issues, together. What I want most is, first, help people in the city get through the coronavirus pandemic, and help small businesses survive by giving them more resources. We need to help them with the application process for available grants.”

Rivera was born in Camden, N.J. to parents raised in Puerto Rico. The family later moved to Chicago, where it took months for here to learn how to speak English. It packed up again for Central Falls when she was in the sixth grade. A student at Calcutt Middle School, her family decided to return to Puerto Rico, but they returned in 1994, just in time for Rivera to graduate from Central Falls High School in 1995.

She did that despite having to work three jobs to help her family and raise money for her education.

When she enrolled at the Community College of Rhode Island shortly thereafter, she soon discovered she had quite a phobia – the fear of public speaking.

“I had never stood in front of a crowd to speak, I was so afraid,” she said. “I had my communications (course requirements) waived when I went there. I talked to the dean and said, ‘There’s no way. I can’t do this! I don’t graduate.’ I was really shy, an introvert, but then I decided to apply for membership to the R.I. Latina Leadership Institute and got in.

“I started that class in March, and when I graduated in November, they were celebrating (the institute’s) 10 th anniversary,” she said. “My class picked me and another alum to be the speakers at the event. After that, it became rather easy. Sometimes I stand in front of a crowd and think, ‘There are so many things I want to say. I hope I remember them all,’ but I don’t. I’ll forget half of it because I’m so excited about getting my message across!’”

Rivera graduated with an Associate’s of Science in Administrative Legal Secretary in 1999, got married and started a family. She is no longer married, but she is the proud mom of Christian, 19, and Daniela, 17.

That particular degree helped land her a job working with the Department of Human Services, which she’s reveled in for the past 15 years. As an eligibility technician, she works with the community and processes applications for families in need of SNAP or who have medical or child-care issues, etc.

“In my job, I have seen how families can be impacted by a sudden job loss, domestic violence, teen pregnancies, disabilities and so many other challenges, but nothing is more rewarding to me than knowing I can help someone improve their life and the lives of their loved ones,” she noted. “That’s why I want to create a state-of-the-art Constituent Services Office so that every resident has a place to go to find assistance.”

Though she didn’t want to, Rivera acquiesced to folks’ constant questions about running for city council, and won with ease in 2016. She also was unanimously elected the City Council President in 2018.

She also indicated she’s been “proud to work hand-in-hand with Mayor James Diossa to keep Central Falls on the comeback trail.

“I spoke with James (Tuesday) night (after the election had been deemed successful),” Rivera said. “We had a little gathering down at the Landing, and we kept it small; just my family and people who worked on my campaign. We both spoke, and I told the community, ‘If it wasn’t for James’ guidance, the community and what’s happening in it wouldn’t be where it is now.’

“Then he passed the city over to me, which I found humbling,” she added. “When he was done, I smiled at him and said, ‘I’m not letting you go away that easy! You’ll continue to stay involved; I’m going to be calling on you!’

“I have to be realistic. This position is brand new to me, something in which I never had any ambition to attain. I’m here because the community put me here; they asked me to run for office, so I did … I have to say, for me, things have run so smoothly. People asked me, and I just signed up for it. In a way, it’s fate, but I owe it all to God.

“I want to say thank you to the community, thank you for believing in me, trusting in me. We’re going to continue Central Falls forward. I truly believe James has done an amazing job, but there’s more work to be done, and I’m excited about all of it.”