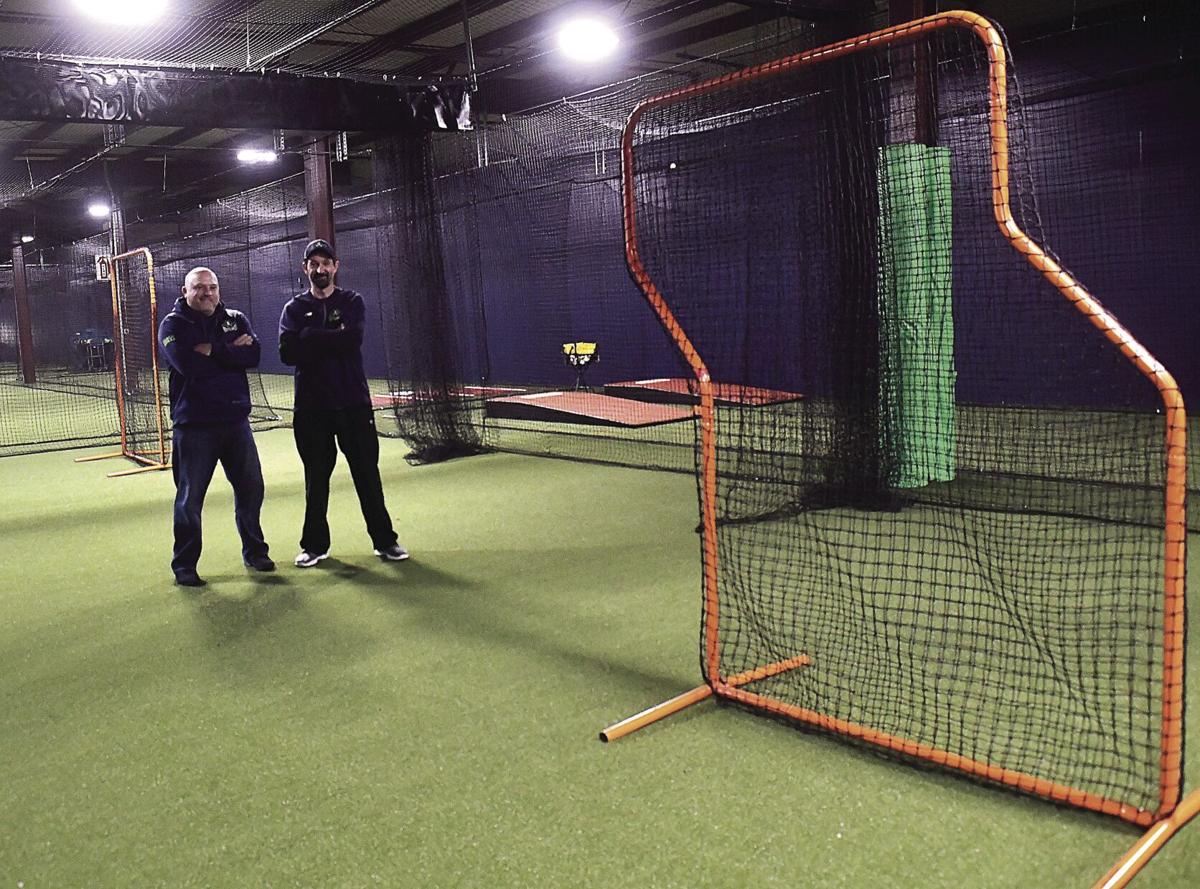 Phil Dupras, left, and Brendan Monahan, co-owners of Facility of Dreams in Pawtucket, stand inside the new 21,000 square foot facility that features 20 batting and pitching cages, a live hitting area, and more. The facility is available for Little Leaguers, high school softball and baseball players, as well as college athletes and is also open to the public. 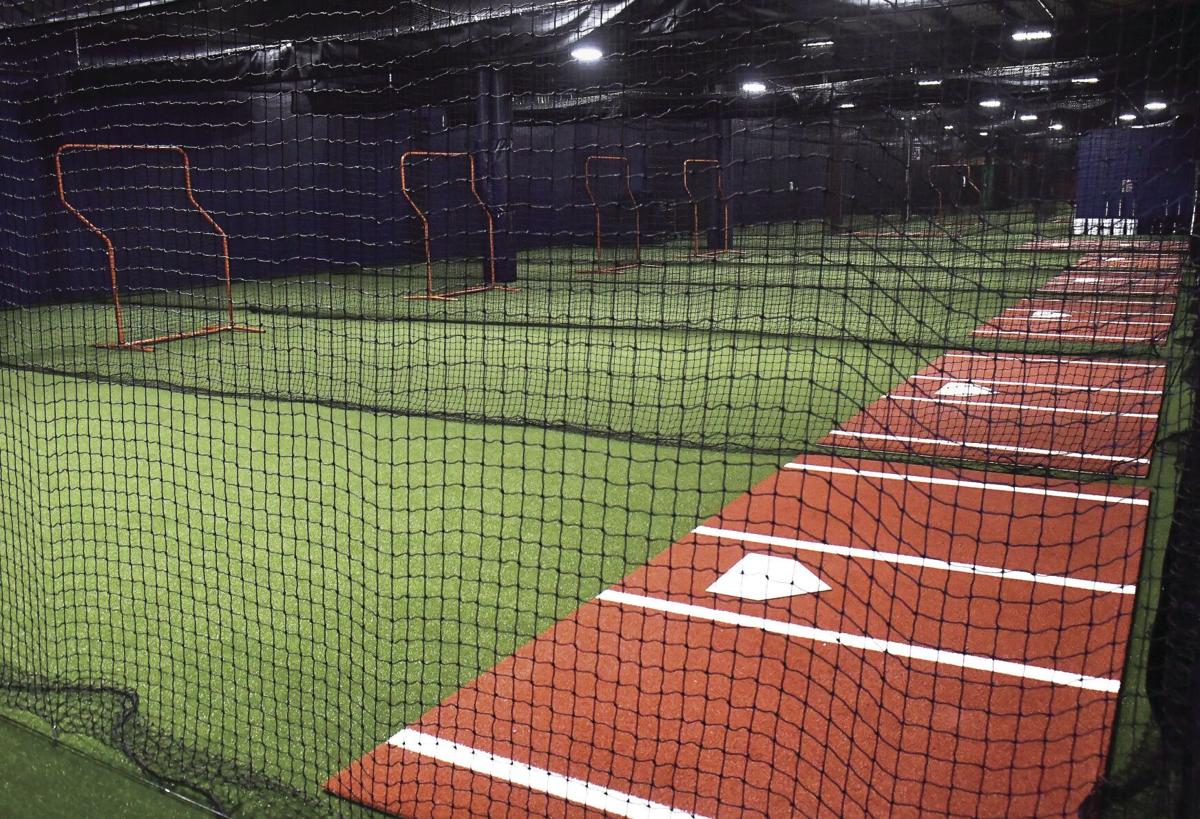 A view of a few of the 20 batting cages at Facility of Dreams in Pawtucket. 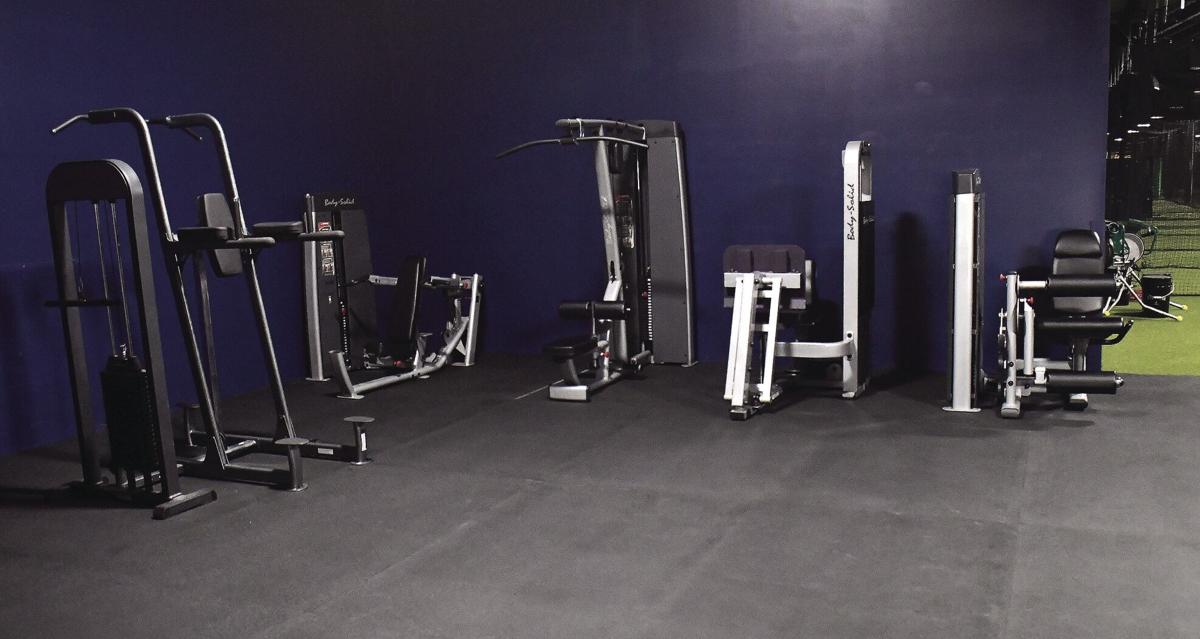 In addition to the training facility, there is a 2,000 square foot gym facility with state-of-the-art strength training equipment.

PAWTUCKET – A slice of heaven can be found on 750 School St.

The vision to construct an indoor facility where multiple needs are met was the brainchild of co-owners Phil Dupras and Brendan Monahan. What was officially hatched last month was dubbed “Facility of Dreams” that by no means is your garden-variety spot where you’re only limited to taking some swings or throwing off the mound during the harsh winter months in preparation for the upcoming Little League or high school seasons.

From providing technological resources that have become part-and-parcel with today’s baseball culture, to a gym area that besides offering weight training and cardio stations also features workouts that can be tailormade based on age and ability, Dupras and Monahan appear to have a grand slam on their hands.

“This is about softball and baseball,” said Dupras.

To borrow from a baseball expression, “Facility of Dreams” represents a substantial upper cut swing after Dupras and Monahan oversaw a baseball facility in Cumberland that was geared specifically for members of the Ocean State Outlaws AAU baseball club. Both men are coaches with the Outlaws.

In a development that could be described as a hitter jackknifing out of the batter’s box upon the recipient of a high-and-tight fastball, Dupras and Monahan learned in Oct. 2020 that their space which at the time was in Cumberland would be repurposed for condominiums.

“Do we want to go big?” Dupras remembers asking Monahan after spending seven years in the same location. “We went big.”

Big, as in 21,000 square feet where are all the walls are freshly painted blue – “Red Sox blue,” noted Dupras. Before officially closing up shop in Cumberland, Dupras and Monahan checked out several possible locations before honing in on the School St. spot. Once the ink dried on the rental agreement, it was full speed ahead with the summer and early fall months of 2021 serving as a detail-oriented period with an eye towards spreading the word that a major game-changer for baseball and softball players was coming on the scene.

“Facility of Dreams” isn’t solely limited to Outlaws players. Memberships have been structured for individuals and families. Teams can rent cage time at $75 per hour. For those curious about onetime usage, the costs are $50 for an hour and $30 for half-an-hour.

“We had some softball folks come in and buy a membership the next day,” noted Dupras while sitting in the conference room set aside inside “Facility of Dreams” one day earlier this week .

Added Monahan about being flexible with the plans, “We had a couple of college athletes reach out during their winter break. We basically added a one-month membership for January. Then we had some people reach out about throwing right up until the start of the [college] season. We actually changed it to a three-month package.”

If you’re a member, you have access to the hitting and pitching tunnels that are located closest to the gym area. Walk towards the back where “The Hit Lab” feature is based inside “Facility of Dreams” and you’ll find more cage space that can be configured to the renter’s desire. You want to hold a clinic or a team workout? Check.

The area nearest “The Hit Lab” is a prime chance for outfielders to work on their accuracy. They may not be able to judge fly balls, yet they can do drills that stress the importance of hitting the cutoff man.

“You can’t throw rainbows. You’ve got to keep the ball down,” said Monahan.

What can be described as the two bookend spots inside “Facility of Dreams” serves as the great separator as it relates to what’s offered. Per Dupras, “The Hit Lab” was a make-or-break decision that’s exclusive to the simulated feature commonly known in baseball circles as HitTrax.

“The interest of the younger generation as far as the gaming aspect … that’s all the kids care about. That’s what draws them in,” said Monahan.

Having a gym on the actual premises – you can’t help but notice it upon heading towards a seemingly endless wave of indoor tunnels – is another bold indicator in the quest to be a cut above the competition. It’s a good-sized space that’s perfect for the preteen group to get in some agility work.

“That was this guy’s baby right here. I’ll give him 100 percent credit for that one,” said Dupras as he pointed towards Monahan.

“It’s also a draw for the parents. They can drop their kids off and also get in a workout,” said Monahan.

Building relationships with the high schools and town softball and baseball leagues has been a major focus. Dupras has been in contact with officials from Pineview and Darlington Little Leagues and plans to send an email to area high school athletic directors.

As for coming up with the actual name of the facility, the tires were kicked coming something that was an ode to the popular baseball movie “Field of Dreams.” There’s a silhouette of a baseball hitter where the “A” is supposed to be in “Facility.” In place of the “A” in Dreams is the image of a lefthanded softball pitcher.

“Nothing returned on Google when you searched ‘Facility of Dreams,’” said Monahan.

For more information, visit the website cager.myclients.io/site/FacilityOfDreams. For a 10 percent off coupon code for cage rentals and memberships, use the all-caps code PAWTUCKETTIMES.