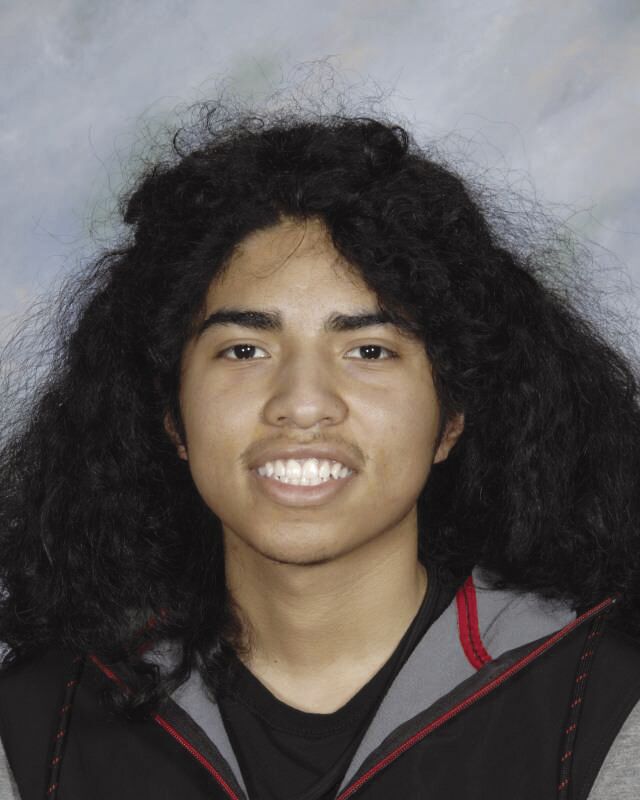 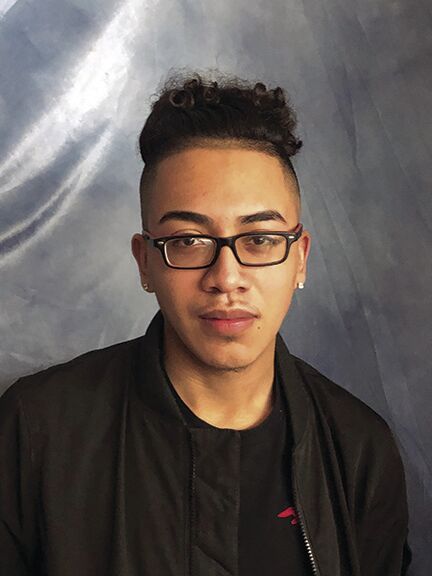 CENTRAL FALLS – The Central Falls High School Class of 2021’s valedictorian and salutatorian are indeed young men of few words, but that doesn’t mean they don’t know how to use them.

Really, if they didn’t, how would they be the two top-ranked individuals in the school?

Valedictorian Selvin Flores Guzman, who earned himself a final weighted GPA of 4.30 (unweighted 3.84), said the honor means a great deal to him because “from where I started to where I am now, it’s unbelievable,” he said.

“I was nine years old when I came to this country – to Central Falls – from Guatemala, and initially I struggled because I couldn’t speak any English,” he added. “It took a lot of work and self-motivation to get to where I am now.”

Then there’s Odirley Candido-Rocha, the CFHS salutatorian who closed with a 4.1 weighted GPA.

“I really can’t believe I finished second in the class academically,” Candido-Rocha said. “There was a lot of competition I had to deal with.”

The fact is, the two students excelled both inside and outside the classroom; success wasn’t only on the scholastic level.

Guzman earned National Honor Society status and the Seal of Bi-Literacy, as he received dual certification in both English and Spanish. During his four years at CFHS, he partook in the Chess Club, the Fuse Architect Design Team and the Education & Talent Search Club.

He said his favorite activity was the Kids & the Canyon Club.

“My sophomore year, all of the members of the club went with some teachers to the Grand Canyon; we flew into Phoenix, (Ariz.), then hiked down to the floor of the canyon to camp and explore,” he stated, adding it was truly memorable and something he will never forget.

On the “down” side, ‘ he also won’t forget the afternoon of March 16, 2020, when he and his schoolmates discovered their world of education had been tackled and upended by the coronavirus.

“When we found out we wouldn’t be going back to school, that we were going to have to go to class virtually, that was pretty hard,” he said. “The first few weeks, we just tried to adjust, try to stay focused. It definitely took a lot of self-discipline to manage my time and rededicate myself to a different way of doing things.”

Stated Candido-Rocha: “It was awful; my learning stamina diminished significantly. I had problems focusing; I felt like I was missing something, and I was. I was missing the camaraderie I always had with my teacher, and between myself and other students. That was rough.”

Like Guzman, Candido-Rocha also snagged National Honor Society laurels, was a member of the Yearbook Crew as a layout person/photographer, and an athlete for the varsity boys’ cross-country team (co-captain as a senior). He also volunteered to help with “CF Dinners” and for Earth Day festivities.

Ask him his favorite class in those four years of schooling, and he immediately brings up the geometry course he took as a frosh.

“The teacher made it so fun,” he said.

Upon graduation, Candido-Rocha will attend Rhode Island College and hope to major in art, maybe graphic arts/design, but he’s still not quite sure what sub-category.

“I like to create things on the computer or paper, and I like to draw, too,” he said. “We’ll see.”

During Guzman’s free time from CFHS, he volunteered for plenty of community service, including wrapping Christmas presents for people in the community.

He has committed to the University of Rhode Island and hopes to study business, though he’s still uncertain of what aspect of it.

“I was introduced to business during my sophomore year, and ironically it wasn’t in school,” he said. “A friend of mine introduced it to me, and I found it really interesting. I started learning about marketing and the stock market, and now I want to learn more about it.”

As for his most precious or favorite memory of attending CFHS, he said, “You know, that’s hard; I’m not really sure. Maybe it hasn’t happened yet; maybe it will be graduation night. I’m hope that’s it. That’s when I know all of the hard work paid off.”

Sorry, there are no recent results for popular images.

Sorry, there are no recent results for popular videos.

Sorry, there are no recent results for popular commented articles.

Should the state prioritize teachers over older Rhode Islanders for the COVID vaccine?

Success! An email has been sent to with a link to confirm list signup.

Error! There was an error processing your request.

Would you like to receive our daily news? Signup today!